Upcoming lectures at our stores, bike demos from manufacturers, and community events in the LA area.  Size is limited for most events and registration may be required.  Please call ahead or register online (if applicable) to reserve your spot. 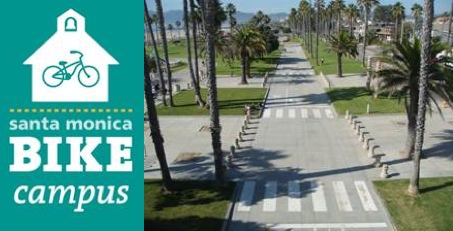 This bike campus facility is on a linear strip of what was no longer actively used roadway connecting to parking lots just east of the beach bike path at Ocean Park Boulevard. The pavement is now painted with various markings for teaching bike education classes. There are simulated lanes, sharrows, crosswalks and bike lanes for teaching lane positioning, as well as some designs for bike handling tests that are part of the League of American Bicycling’s “Smart Cycling” course material.

In years past the campus idea had been met with indifference, but with the passage of Santa Monica’s Bike Action Plan, a dedicated bike education space is finally a reality.

The facility is meant to provide a dedicated space for local LCI (League Certified Instructors), and area schools to teach bike safety principles in a safe space before working up to lessons involving live traffic. Setting aside such a space in Santa Monica was a longtime vision of Ron Durgin the general manager of the Santa Monica Bike Center and an LCI instructor himself. Durgin has taught bike safety classes for the City of West Hollywood and teaches classes in Santa Monica along with other instructors recently certified in the area.

The local LACBC chapter, Santa Monica Spoke, has also been advocating for the SMPD to provide a bike education diversion program (such as the one in Portland, OR and more locally in Huntington Beach) for bicyclists cited for moving violations. In such programs a traffic safety class is offered as a cheaper alternative to more stringent fees, and connects those committing violations with actual traffic instruction instead of just a brief moment in court. If such a diversion program is developed, this bike campus would likely become the facility to host such classes.

The painted lines of the bike campus have been in place for sometime now, but additional educational sign boards are going up that provide information for online resources including videos.

This facility is a first for Los Angeles County, and marks a return to integrating bicycle traffic education into regular schooling; as well enhanced opportunities for instruction for adults looking to get back into riding, or improving their safe riding skills. The Santa Monica Bike Campus isn’t quite as elaborate as the “traffic gardens” used in the rigorous bike education programs of the Netherlands, but it’s a pretty good start, and one that makes good use of space that wasn’t getting much activity before. Now if only we can get the DMV to incorporate some real bike education into driving requirements, then we might really be on our way to safer interactions between drivers and bike riders. 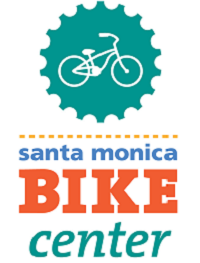 Become a member and get all the perks

services provided at the bike center include: