Many stores are fortunate to carry just one or two Colnagos in stock. We have several framesets and bikes, right in the store, for you to see for yourself today.

Colnago bicycles are built on a foundation of innovation, quality and an unwavering attention to even the most minute detail. Ernesto Colnago started his illustrious bicycle career at the age of 13, as a welder's assistant in the Gloria bicycle factory. Six years later, he was racing bicycles. Colnago wanted to train better and escape the smoke of the unventilated brazing floor so he moved upstairs to assembly.

Then, after breaking his leg racing, he had rims and spokes sent to his home so he could still earn a paycheck, and quickly mastered the art of wheelbuilding. To supplement his income, he started wrenching on racers' bikes in a 5 x 5 workshop and soon gained a reputation as a "precise mechanic who didn't pull any tricks on anyone." Local teams took notice, and in 1954 Colnago started building complete bicycles under his own name.

Since then, Colnago Bicycle Company has pushed innovation forward with a deep and abiding passion. Colnago was one of the first to use carbon; they pioneered the use of titanium, drilled chains and 24-spoke wheels. In fact, Colnago is among the first bicycle manufacturers in the world to hold an ISO 9001 certificate, which attests to the rigorous quality standards that Colnago has stood for, for more than 50 years.

And, as you'd expect, Colnago has been the overwhelming choice of incomparable cycling legends throughout history. Virtually every major race has been won aboard a Colnago. And, icons such as Eddy Merckx, Giuseppe Saronni and Gianni Motta, and even modern heroes like Oscar Freire, Erik Dekker and countless others, have chosen and won on Colnago's renowned frames.

Ernesto Colnago famously once said, “the frame is the soul of the bicycle.” We're proud to offer these legendary frames to you. Come see us and test ride a Colnago. You'll feel the history, quality and passion that goes into each and every Colnago with the first turn of the pedals! 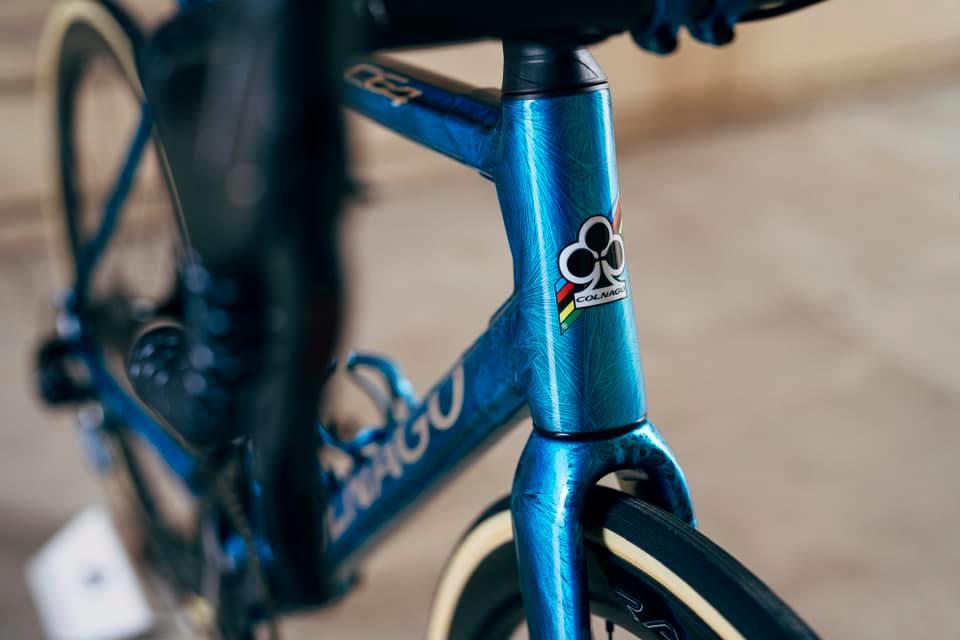 We have Colnago's flagship frame, the C64, in this exclusive, new paint scheme. Called "Frozen," it's available in limited quantities. Get one now, before they are gone for good. It's spectacular! 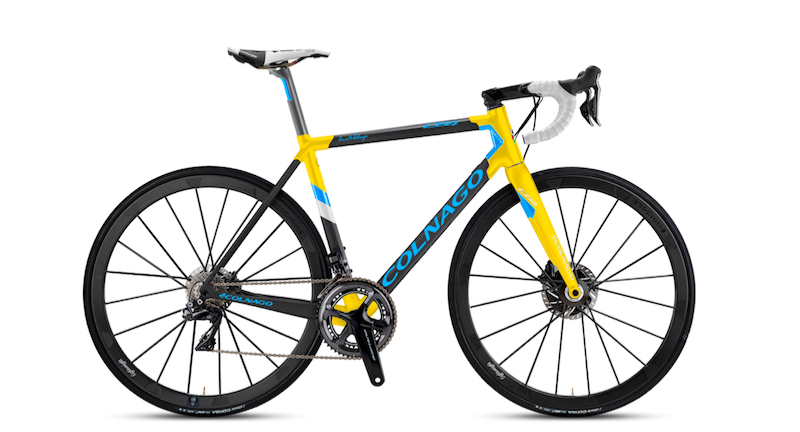 Customize your C64 frame with Colnago's My Sixty4 program. Select the colour of the frame, of the graphics and the finish of your C64.
Download the project, share it and contact us to you to make your dream come true.